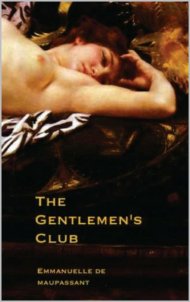 That out of the way, was it completely my thing? Not really, to be honest. There was a little too much of a proclivity towards awkward metaphors for me (‘truncheon’, ‘jungle’), although perhaps others might like that. Me, I like my cards on the table when graphic sex scenes are the order of the day.

However, there was a lot to recommend this. It’s very atmospheric (think The Ruby in the Smoke, but instead of intrigue and murder just sex sex sex), for a start, and certainly feeds perfectly into our fetish for just the right kind of kinky Victoriana – what everyone hopes was secretly going down (as it were) while the general population were pretending to be repressed. If you want tight corsets and silken whips then you’re right on the money with this one. It’s short, sharp and packed with sexy-business, so a definite recommend.

There was also an interesting emphasis on affirmative consent. Now, this really stuck out when I read it. Perhaps it shouldn’t have done. It seemed somewhat laboured against the backdrop of “no means yes” Mills & Boon and the downright rapey sex in parts of Fifty Shades to have all of the women being asked if they wanted it, and affirming their consent. But why should it have done? And it certainly didn’t spoil the atmosphere. It really made me think about what we “read” as coercive in erotica. This was refreshingly affirmative, and what was offered up as sexy (and what was sexy) was an embracing of female desire and an affirmation of female sexual agency.

Was this a crie de coeur for feminist sexuality? I suppose so. But the point is, it was that without compromising on any of the generic must-haves of erotica. It was that without pushing that button explicitly in its writing. This stuff should be normal. It’s the other side of the coin, and it’s high time female desire had its voice.